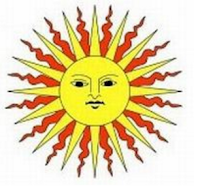 Last week I wrote about reading Philip K. Dick's Do Androids Dream of Electric Sheep? It's a book I'd been meaning to read for the longest time, and I'm glad I finally did. I finished the classic science fiction novel on the Monday holiday.  Below is a brief review:

Philip K. Dick was the author of thirty-six novels and five short story collections. He attended USC Berkeley, but dropped out rather than participate in mandatory ROTC training. He won the 1962 Hugo Award for The Man in the High Castle.

In the 2021 of  Do Androids Dream of Electric Sheep? humans have already had their World War Terminus. As a result, radioactive dust is constantly falling, men resort to Mountibank Lead Codpieces, and most animals have become extinct. Owls were first, then all of the bird species. Now it is a status symbol to own a single living animal of any kind. Animals are sold out of Sydney's, a kind of mail order catalogue.

Rick Deckard is a police officer and bounty hunter: he hunts the androids who secretly escape to the earth from Mars, where the United States has established a colony called New America. As an incentive to emigrate (which most humans have already done), emigrants to Mars are offered their own personal organic androids, which "duplicate the halcyon days of the pre-Civil War Southern states." Through the use of android detection devices, bounty hunters can earn $1,000 per android (which they destroy). Bone marrow tests establish that the androids are not, in fact human. Corporations like Rosen Association in Seattle, have developed highly sophisticated androids nearly impossible to distinguish from humans. Deckard carries a machine, the Voigt-Kampff apparatus, to administer a test before finalizing his kill. The test measures feelings of shame and empathy, two things that are supposed to separate humans from androids.

Much of the scientific and technological paraphernalia Dick imagines hasn't materialized: we don't fly about in hovercars, keep endangered species on the roofs of buildings as a status symbol, or have a religion called "Mercerism." But Dick does capture some of the flaws that our society continues to exhibit. And what he imagined as the "vidphone" materialized as facetime. The destruction of the planet didn't come about exactly the way Dick imagined, but we still might someday need "Planet B."

What is most enjoyable about Do Androids Dream of Electric Sheep? is the way Dick satirizes the culture of his time (and ours). The book also makes the reader ask questions: about our culture, about what we think is important, and about what it means to be human. When Deckard comes face to face with androids who don't even know they are androids, and when he finds himself having romantic feelings for Rachel Rosen, a Nexus-6 android who knows him better than he knows himself, the book gets pretty interesting.

Do Androids Dream of Electric Sheep? was made into the Hollywood movie Bladerunner, which I last saw years and years ago. I remember liking the movie very much, but I would say it has far fewer subtleties and far more explosions that the book. On the whole I enjoyed the book much more.

Continuing in my dystopian theme, I'm now reading The Unit by Swedish writer Ninni Holmqvist. In this society, laws have been passed to declare some people as "needed" (those who have children to care for, and those who have important jobs that contribute to society "moving forward." Older people who have never had children, and those who are in jobs that don't contribute to society (according to the world of this novel) are classified as "dispensable." At age fifty for women, and sixty for men (men can reproduce longer), those who are classified as dispensable are transported to a "Unit" where they take part in "humane" scientific experiments, drug testing, and, eventually donate their organs, one by one. When these dispensable humans finally part with indispensable organs, that is their "final donation."

The Unit follows the character of Dorrit Weger as she leaves behind her life as a not-terribly successful novelist (she is single, and the one responsibility she has had was to her dog, Jock, who she is forced to give up).  Dorrit enters the Unit and finds her life oddly satisfying. She has friends and even a lover, and feels a strange sense of freedom and camaraderie, despite being under constant surveillance, and living, along with all of her friends, under a death sentence.

I'm about halfway through The Unit, and like the book very much. It reminds me a bit of The Handmaid's Tale.

How did all you snowbound folks do? Obviously, we didn't have snow here in southern South Carolina (although I did see a couple of flakes on Saturday). Did being snowbound give you time to read lots and lots of books?
Posted by bibliophiliac at 12:39 PM

No snow in southeast Texas either. Glad you read the wonderful Electric Sheep book.

I read The Unit a couple of years ago and absolutely loved it. You are right there is something of The Handmaid's Tale to it. Will have to put this book on my radar for when I'm in the mood for some dystopian fiction.

I loved The Unit! In fact the book was passed around our book club and work place. It was the only book that the whole book club read and discussed that wasn't a choice for a book club read. The Electric Sheep book sounds interesting. As I enjoy Dystopian fiction I may have to give that one a try!

@Iliana-I'm glad you read and loved The Unit. So far I really like it. It has an oddly cool, calm tone that I like.

@Suzanne-Wow! How did I go so long without reading The Unit? Our school librarian told me about it!

I think I would like the Androids book and The Unit. I have read several post Apocalyptic novels recently and liked them: Dog Stars and Station Eleven.

@Terra-I loved Station Eleven! Dog Stars is on my shelf, I just haven't gotten to it yet. Another one that I read recently was California by Edan Lepucki.