It's Monday, What Are You Reading? Summer TBR 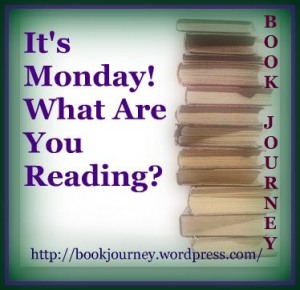 One month into summer, and I'm a reading machine. Summer reading is the best!

It's Monday, What Are You Reading is a readerly meme hosted by Sheila of Book Journey.

I'm halfway through my summer break, and it has been a productive time for reading. Here's a peek at the books that are sitting on my TBR pile, as well as a few I've recently finished: 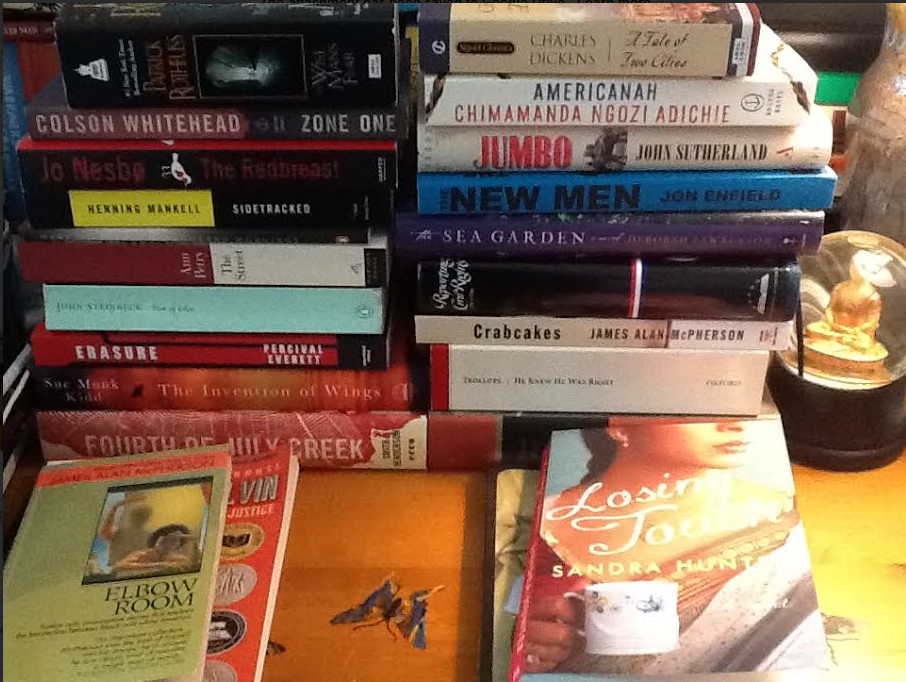 Here's what I've read in the last week or two:
Hue and Cry by James Alan McPherson (short stories)
Elbow Room by James Alan McPherson  (Pulitzer-Prize winning collection of short stories)
Gone Girl by Gillian Flynn (WOW)
Claudette Colvin: Twice Toward Justice by Phillip Hoose (a quick read, but very informative....Colvin refused to give up her seat to a white woman on a Montgomery, Alabama bus nine months before Rosa Parks did the same)
Losing Touch by Sandra Hunter (for TLC Book Tours, review tomorrow)


If we combine marital misery, a wretched searching for something nameless, elusive, but essential, and the idea of lovers separated by great gulfs of time and space, we have almost arrived at the critical mass of elements that resulted in the dark, brilliant Tale of Two Cities.

As Dickens began writing A Tale of Two Cities, he had already fallen in love with eighteen-year-old actress Ellen Ternan, and separated from his wife.

And About to Begin

East of Eden by John Steinbeck.  I'll be rereading Steinbeck's classic novel based on the story of Cain and Abel for my Classics Club list, and as a read-along with the Estella Project. 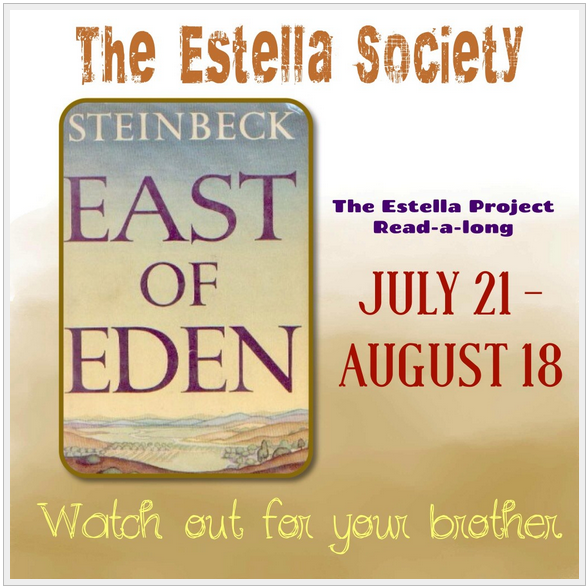 Soooo glad you're reading East of Eden with us!

The summer is flying by, isn't it? I saw the trailer for Gone Girl today and want to see the movie now.

I could not believe that you mentioned something about your summer being half-over. Yikes. My first class is September 4, and I finished my Summer Class work on July 4, so I feel I'm in the beginning stages of reading as much as I can.

Wishing you many more great reads!

@Judith-We go back to school so early here in South Carolina! I long for those civilized days when Labor Day meant back to school! I go back on August 11th, the kids return one week after that. Sad face!

I admire your pursuit of the difficult reads this summer. Good for you!

You are really working through that Classics Club list! I have a Tale of Two Cities on my list too. :)

I liked Gone Girl -- I'm glad to see you enjoyed it too. I have been meaning to re-read A Tale of Two Cities, and I have yet to read East of Eden. Maybe I'll join the readalong. :-)