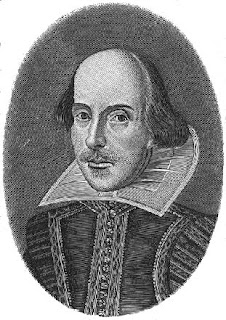 The intense animosity between Bonteen and Phineas Finn culminates in a confrontation at "The Universe," the club to which both men belong. I'm back in the world of Phineas Redux, of course. Things have gone from bad to worse for Phineas: all the world assumes he is Lady Laura Kennedy's adulterous lover, his political career has been squashed by circumstance and the malice of Bonteen (aided by the positively repugnant and malicious Quintus Slide of the People's Banner). The women are for him, and that's no help.

Just after the quite public quarrel at "The Universe," Bonteen is clubbed to death in an alley. Phineas is arrested. Have I mentioned how difficult it is to put down this 19th century novel to do such necessary things as cook, go to work, and grade papers?

But if Trollope is my one true love right now, I'm having a clandestine affair with Shakespeare, and I can hardly get enough of him. I'm reading the sonnets, not in any particular order -- but I will go back and read them start to finish very soon. I'm teaching, and thus reading, Macbeth. And other books I dip into for a few pages or a few chapters are Shakespeare by Michael Wood, and The Stranger in Shakespeare: Studies in the Archetypal Underworld of the Plays by Leslie Fiedler.
Posted by bibliophiliac at 7:02 PM