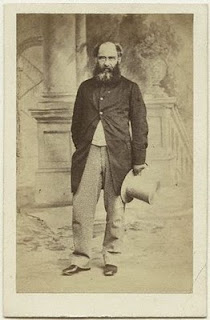 Phineas Redux is the fourth book in Anthony Trollope's Palliser series. In Phineas Finn, a promising young Irishman begins his political career as a member of Parliament. He also begins his romantic career, courting, at various times, no fewer than four women. In the end, Phineas decides to be true to Mary Flood Jones, who has been virtuous, patient, and loyal. Her reward for such virtue is that Trollope dispenses with Mary Flood Jones Finn in the earliest pages of Phineas Redux: Phineas, when the novel begins, is in mourning for his young wife, who has died in childbirth.

Phineas Redux is a darker and more cynical novel than Phineas Finn; in the later novel Phineas encounters a world of gossip, slander, political malice and manipulation. Phineas is nothing if not a gentleman, yet he is painfully misrepresented in the popular press and in the gossip of London. He is unfairly denied a position in government, mostly due to the efforts of his political enemy, Mr. Bonteen. Finally, Phineas is wrongly arrested for the murder of Mr. Bonteen, and put on trial for his life. The ordeal of the trial both exposes the real strength and manliness of Phineas Finn, and plunges him into depression and something like a nervous breakdown.

I have been trying to think what it is exactly about Trollope that is so compelling and addictive. It is not the beauty of his writing: Trollope is workman-like and has a distinctive voice, but there is no poetry in his writing. Trollope is clear, precise, classic, but not beautiful. Certainly there is plot: there is always a good story. And his characters are real, whether they be endearing (Glencora Palliser) or infuriating (Lizzie Eustace). Yes, the story is the thing, but not the whole thing. It is the way Trollope looks at the world, his clear moral vision. For Trollope, to be a gentleman is everything -- but how to explain this seemingly outdated word, "gentleman," to a 21st-century reader? Because you can take away class, and you can even take away gender, and still have the core of a gentleman. Marie Goesler, known in the novel as "Madame Max Goesler," is a gentleman at heart, and what she does for Phineas Finn -- a courageous search for the evidence that will prove Phineas to be innocent of the crime of murder -- is the act of a gentleman. Lady Laura Kennedy, on the other hand, becomes in this novel depressive, self-centered, weak in spirit -- not a gentleman.

The women in this novel are more important than all of the male characters, with the exception of the title character. There is Madame Max Goesler (Marie), who proposed to Phineas in the previous novel. She is still young, still beautiful, and still rich. She also shows real nobility of character on more than one occasion. Lady Laura Kennedy is in love with Phineas Finn (who previously proposed to her); she is, at the beginning of the novel, trapped in a loveless marriage to a tyrannical and dourly religious man who is slowly going more and more mad. Adelaide Palliser, cousin to Plantegenet Palliser (who becomes the Duke of Omnium) lacks a fortune, and has accepted the marriage proposal of the lazy and impecunious Gerard Maule. Lady Glencora Palliser (who becomes the Duchess of Omnium) is a canny social observer and strategist. Lizzie Eustace (of The Eustace Diamonds) has made an unwise alliance in marrying the Rev. Emilius. Like Lady Laura, Lizzie is denied the use of her own inheritance by her husband. Trollope shows the reader again and again how women are victimized by their lack of rights when it came to the use of their own money.

Chapter LXVIII of Phineas Redux is mostly a meditation on the quality of "manliness." Having survived a traumatic experience, Phineas is accused by some of his friends of lacking in this quality. Trollope makes a distinction between outward displays (affectation) and real manliness. He concedes that "personal bravery is required," but asserts the essential manliness of Phineas, despite that "tears would come to his eyes, and he would shiver and shake like one struck by palsy." (253) In this, as in his women, Trollope seems prescient.
Posted by bibliophiliac at 1:38 PM