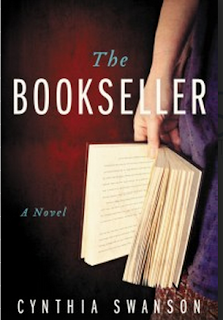 Kitty Miller is a single, thirty-eight-year-old career woman who owns a bookstore with her lifelong friend, Frieda. The two women left less-than-satisfying careers to open Sister's Bookshop in Denver, Colorado. The year is 1962; Ray Bradbury's Something Wicked This Way Comes is on its way to becoming a bestseller, and Jackie Kennedy is the fashion figure women want to emulate. Kitty once had a relationship with an aspiring doctor, but after years of dating and an ultimatum from Kitty, the relationship ended. So Kitty has settled into a life as a career girl, with a quiet, if fulfilling life. Her deepest relationships are with her parents, her friend and partner, Frieda, and her cat, Aslan,

But at night when she dreams, Kitty enters another world, one where she is not Kitty Miller, but Katharyn Andersson. As Katharyn, Kitty has a handsome blue-eyed architect husband named Lars, three darling children, and a housekeeper named Alma. Her house is beautifully designed, her closet is filled with gorgeous and expensive, if understated, clothes, and her life revolves around her family.

At first Kitty is intrigued by her alternate life, enjoying the loving husband, the beautifully decorated home, even the children she never had in her own life. But as time goes on, Kitty seems powerless to stop the dream life, and finds the dreams more troubling than enjoyable.

The Bookseller has a twisty, intriguing, and clever plot. I love a book that makes me think, and this book did that. In addition, the author has clearly done her research on Denver in the years of 1962 and 1963, the times in which her novel is set. The choices faced by her character--career or home--are still argued fiercely in some places, although the choices are no longer as stark as they used to be. For many women, motherhood and work are not mutually exclusive, and many working mothers must work to support their families. So the conflict Kitty/Katharyn faces between two distinct ways of living is not so black and white to women today.

Cynthia Swanson clearly loves the historical period depicted in her novel. One of the most pleasurable aspects of The Bookseller is the rich descriptions of clothing, decor, and house design. this is one of the most visual novels I've read in a long time. One thing I did find a bit curious was that the Civil Rights movement is never mentioned in the novel, although the Kennedy presidency and the Cuban missile crisis figure prominently.

The premise of the novel is gripping and Swanson handles it beautifully, with suspense and intrigue. The book this novel reminded me of most was Time and Again by Jack Finney. Although time travel is not the purpose of Kitty's movement between two worlds, there is a sort of time travel--in her "real life" as Kitty it is 1962, while Katharyn lives in another world where it is 1963. The similarity to the Finney book comes in Swanson's skill in making her premise believable, and the author's ability to create a mood of mystery and suspense. I thought the ending was perhaps a little tidy, but the resolution of Kitty's conflict was surprising and touching.

Readers will enjoy pondering the questions suggested by The Bookseller. Who hasn't wondered "How did I end up with this life?" or "What if I had made different choices?"

I love the premise and am curious about the direction her dream life takes!

I can certainly see any book club finding lots of what if scenarios to discuss with this book!