Review: The Boy Who Loved Rain 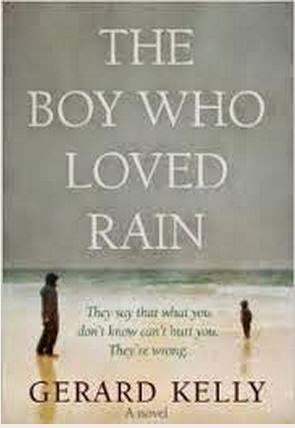 The Boy Who Loved Rain
Gerard Kelly
paperback, 320 pages
Lion Hudson
A review copy of this book has been provided through TLC Book Tours

A teenage boy shows signs of depression, gets into trouble at school, and is accused of on-line bullying. His mother is at her wit's end, and his father seems disengaged. To make matters worse, the father is a pastor who has built his reputation on his special ministry in.... parenting. He has a church and a converted movie-theater conference center where he leads eager groups of parents through the mine-fields of modern parenting.... but his wife can't even get him to answer her text messages. Then the boy, Colom, loses a friend to suicide. An investigation reveals that Colom and his friend Daniel have been frequenting web sites that encourage suicide; even more frightening is the suicide note that Colom's mother, Fiona, finds in Colom's room.

The Boy Who Loved Rain begins as something as a domestic drama, but this multi-layered and ambitious novel is tackling life's biggest questions: questions of identity, faith, and love. At the center of the novel are a series of secrets buried deep in the past, secrets that have the power to destroy a child and a family.

The plot of The Boy Who Loved Rain is complex, and sometimes the complexity seems as though it isn't leading anywhere. I found the first half of the book slow going, and somewhat overwritten, but something kept me reading... partly it was my curiosity about the secret at the core of the book, and partly it was my growing affection for the characters of Fiona and Colom, and Fiona's friend Miriam. I do think the pacing of the book is slow, but much of the story is built on the accrual of information built slowly over the course of the book. I never warmed much to the character of David, Colom's pastor father, but he turns out to be peripheral to the main narrative; the story really focuses on Fiona and Colom, and the puzzle of Colom's depression, his nightmares, and his growing isolation.

There were a few things about the writing that I thought didn't work: each chapter had a quotation from a book or other source (everything from The Art of Racing in the Rain to Looking for Alaska to Wikipedia) about rain. Rain is indeed important to the book both symbolically and in terms of the plot. But in the end I don't think the author needed to tell the reader so much and so often about rain. The other issue I have is with italicized sections at the end of chapters that are in a specific voice of a character that the reader doesn't meet until the end. I think this device was unnecessarily confusing. In general the book is big, filled with information, description, quotations, asides, that don't all add to the story. But this is honestly mostly a question of taste, and I ended up really liking The Boy Who Loved Rain, in spite of these reservations.

The insight into human psychology, the complex characters, and the rich atmosphere of the book made The Boy Who Loved Rain a profound and enjoyable reading experience. The character of Colom was initially opaque and mystifying, but Gerard Kelly made him a deeply sympathetic and realistic character in the end. I also enjoyed Kelly's unusual blend of spirituality, psychology, and aesthetics. He brings together characters from different worlds (art, journalism, religion) and creates one human world. Recommended for readers who like long books with puzzles at their center, and books about human suffering and redemption.

Posted by bibliophiliac at 11:07 AM

I'm really struggling with slow books these days so I'll probably skip this one.

I'm definitely alone in my opinion about this one; glad you liked it! I was confused that David played such a small role given that the summary makes it seem that the central battle will be between what Fiona thinks should be done and what the church (i.e. David) thinks.

@bermudaonion-This book is definitely not a quick read. If I hadn't been reading it for a book tour, I might have considered not finishing. But I did really like the second half of the book, where the pace picked up considerably.

@Lisa-Yes, I was surprised to about David's minor role in the book. I feel he was an unlikable character, but I might have had more sympathy for him if his point of view had been shown. He certainly appeared to be a hypocrite in many ways.