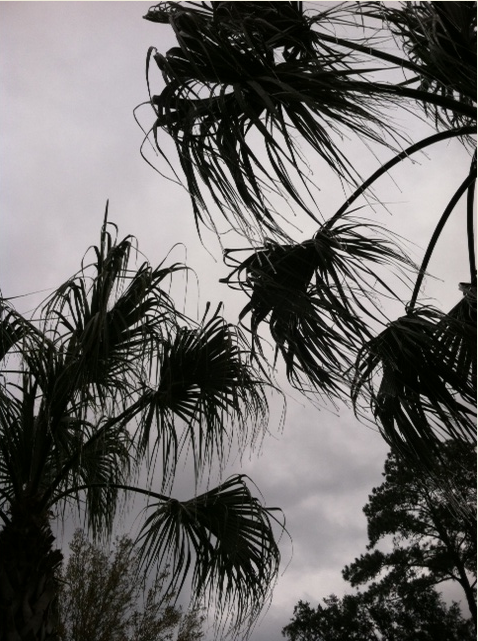 So it wasn't really a snow day (our official forecast was "wintry mix," which sounds like something you might serve in a bowl at a cocktail party) but still it did snow down here in the Low Country of South Carolina. That was (I think) the third time it has snowed in the fifteen years I have lived here on Hilton Head Island.

Now I'm not really a southerner, no matter how long I've lived in the south. I was born in Maine, and spend most of my childhood in snow country: New England, with stops in Pennsylvania and upstate New York. But I was absolutely transfixed by the sight of little white flakes floating down out of the sky and settling on the rooftops and cars (not much stuck to the ground).

I call it "snowcrastination." There I was, getting reading to go to a professional conference to present. You would think that I would have seized this unexpected gift of time and gotten to work. But no, I gazed out the window and curled up with Rainbow Rowell's Fangirl. Which I loved. Lurved.

I was trying to explain this book to my high school sophomores: Well, the main character goes off to college and she's not adjusting....Her identical twin wants some space to carve out her own identity, and the main character feels lonely and abandoned...She writes fanfiction about a fictional series clearly based on the Harry Potter series (eyes light up all over the room). The girls in the class are saying "I love fan fiction!" (It's a genre I knew nothing about until now)....

When I explain that in Cath's fan fic character Simon (the HP-like character) falls in love with his nemesis Baz (who is, of course, a vampire) a girl in the back fist-pumps and shouts out "Even better!"

I'm so glad I picked up this book by Rainbow Rowell.... I finished it over the weekend, rushing back from conference sessions to read (how lame, kind of like Cath). I was convinced to read Rainbow Rowell by a girl in a bookshop in Athens, Georgia. The bookseller was saying to a customer "I just love the way Rainbow Rowell writes. She takes the ordinary lives of people our age and somehow makes them kind of beautiful." I thought that was a wonderful recommendation. On that basis I picked up Fangirl, and wasn't disappointed. 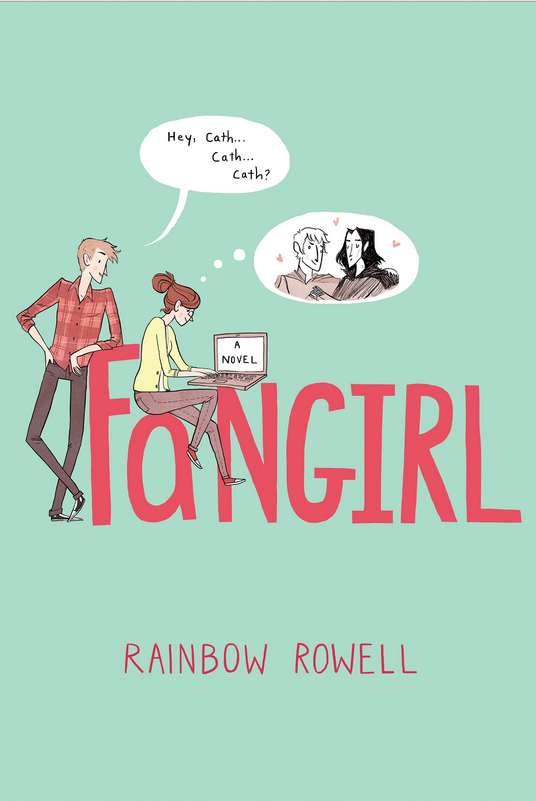 Posted by bibliophiliac at 5:50 PM

We did get a little snow here in the upstate but not much. Thankfully it really didn't cause any problems. We've been here six and a half years and have seen snow 2 or 3 times.

No snow here, but Texas is bitterly cold for...Texas. Hmmphf. Anyway, I definitely want to blow off everything and read. I'm glad Fangirl was a treat for you!

We've had a couple of "ice" days in Austin, TX and it has stalled our city that's for sure. We aren't used to this weather! :)

So glad you enjoyed Fangirl. I haven't read this one yet but have loved Attachments and Eleanor & Park!

@bermudaonion-I just stayed off the road--it was a good excuse to stay home and read!
@Andi--Don't you just love giving in to that impulse to blow off everything and read!
@Iliana-how come everyone cool lives in Texas! :) I will definitely be reading Attachments and Eleanor and Park now.

@Lisa-now I am really looking forward to Attachments and Eleanor and Park!