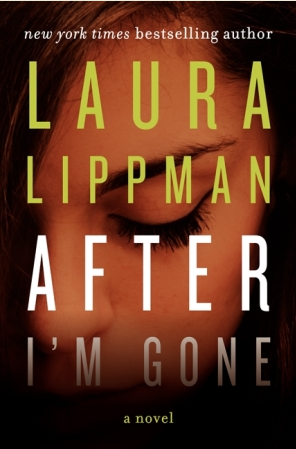 Laura Lippman has always been my go-to author when I am craving a fast-paced, witty, gritty mystery. Lippman's writing is artful, entertaining, and funny, and she writes about a town where I've lived. Baltimore is the home town of Tess Monaghan, Lippman's series character, a former newspaper writer turned private investigator. Lippman's stand-alone novels are also set in Charm City (title of one of Lippman's books, and a moniker for the city of Baltimore). In After I'm Gone, Lippman cleverly links this stand-alone novel to her series character, without having Tess Monaghan really involved in the plot.

After I'm Gone is a story about a man who disappears, and the effect his disappearance has on five women. Felix Brewer, a businessman with legitimate and not-so-legitimate operations, vanishes on the fourth of July in 1976, just as he is about to start a long prison sentence. Felix leaves behind his wife, Bambi, his mistress Julie, and three young daughters, Linda, Rachel, and Michelle.

Lippman moves seamlessly back and forth in time, weaving her story of love and betrayal, and drawing the reader into the heart of this mystery. The love of Felix Brewer's life was Bambi Gottschalk, a luminous beauty he met at a high school Valentine's dance. Even though Felix shows up at the dance accompanied by his lawyer and his future bail bondsman, Bambi falls for him instantly. They begin a family, and Bambi turns a blind eye to Felix's affairs--he's a serial adulterer who remains devoted to his wife in his own strange way.

Ten years after Felix disappears, his mistress, a former exotic dancer who inherited a small business from Felix, vanishes. Everyone who knows her assumes she's gone to join Felix. Bambi and her daughters are left to struggle on and wonder. The mistress, Julie, has always believed she was Felix's true love--she went so far as to convert to Judaism for him. The antagonism between Bambi and Julie is deep, and when Julie's remains are eventually found, there's no shortage of suspects. Bambi and each of her three daughters have apparent motives, and they aren't the only ones.

The retired police detective working this cold case--twenty-six years after Julie's disappearance--is Roberto "Sandy" Sanchez. Lippman gives the reader quite a bit of back story on her sympathetic and methodical detective...which should come in handy, since there are hints toward the end of the novel that Sanchez may appear in a Tess Monaghan novel. Sanchez is a widower, a loner, and it is through his careful eyes that the reader examines the behavior and motives of the many possible suspects in Julie Saxony's homicide.

For much of After I'm Gone I nearly forgot that there was a mystery to be solved--I got so caught up in the characters and the intricacies of their relationships and their lives. At the center of the book is the stunning beauty, Bambi Brewer, a woman so alluring that she never seems to lose her magnetism, even as she ages. The daughters she and Felix had together are seen growing up throughout this novel, as the narrative dips back and forth in time: the youngest, Michelle, was only three at the time of Felix's disappearance, and she is the daughter who most resembles Bambi. Michelle is also the most seductive, and sometimes corrupt of the three daughters (her character is definitely the most fun, and she has the most fun).

One thing I want this kind of novel to do is pull me into that almost trance-like state where all I want to do is read. Lippman is expert at achieving this effect, and I certainly was mesmerized by After I'm Gone. This novel hits that sweet spot between maintaining suspense and creating engrossing characters, and it had me in its grip from the first page. The ending was unexpected in several ways, and I appreciate that in a mystery too--there's nothing worse than guessing the ending halfway through a book.

After I'm Gone is the work of a fine writer who just happens to write mysteries. If you appreciate well-wrought mysteries with compelling characters, get ready to be addicted. 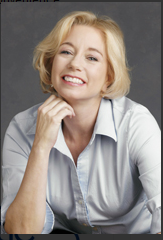 Posted by bibliophiliac at 6:57 PM

I've enjoyed Lippman's work in the past so look forward to this one. It sounds terrific!

Sounds like Lippman hits another home run with this latest book!

Definitely need to pick this one up - everyone seems to be really enjoying it.

I've just downloaded iStripper, so I can have the best virtual strippers on my desktop.