Books, dreams, and reading at parties: A morning coffee post 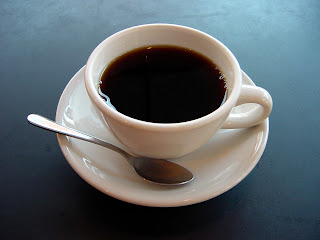 This is almost straight from my journal, not my usual sort of post. We were getting ready to go to a party, and my husband was going through all the stages of grief. He really, really hates going to parties. Until he gets there, and then he is fine.

So we started out with anger, moved on to denial, then bargaining. He was finally starting to pick out clothes. I was already fully dressed and sitting at my desk, waiting for him and reading a novel. I was at the stage where I knew we were going to have to go to the party, and had accepted it. I was thinking about the dream I'd had just before waking that morning: I was at a lively, crowded party, and scattered around the room I saw several people who were sitting, just quietly reading books. That made me so happy.

Be totally honest. Did you ever slip a paperback into your bag as you left to go to a party? Somewhere inside you were telling yourself that maybe you would find a way to slip into a corner and curl up with your book.

Introverts have it tough sometimes. It's just an expectation that everyone enjoys gatherings where people get together for almost no reason at all, and stand or sit around and talk to each other. And really, it's not that bad when you get there.

I knew that my husband would reach the stage of acceptance. That's when we would be in the car actually on our way to the party.

It happened just like that, too. We got into the car, drove to the party, and had a pretty good time. I had to drag my husband out of there.

But silent reading parties are a thing now. See below:

I'm waiting for someone to break the introversion barrier and make it socially acceptable to curl up anywhere and pull out your book....even at a party. It would be a conversation starter, right?

Posted by bibliophiliac at 5:22 AM

Nope, I've never taken a book to a party but I do always like to peek at titles when I see someone reading.

What an amazing concept!! My brain has caught fire with it--How I would love to host such a party. People sitting, lounging, or walking around reading, book in hand. Then people eating al fresco and discussing books (or not) in a casual, leisurely fashion--informally. I could go on and on planning something like this.

If you do host a party like this, do please blog about it.

@bermudaonion-one of these days I'm going to pull my book out of my bag at a party and find a quiet corner!

@Judith-Doesn't it sound awesome! I have some reading friends who might just go for it! And I think I'll try something like this in the fall with students....My school librarian might let me take over the library for a reading party!

I've never taken a book to a party but I have to a movie theater :) Now, if I see a bookshelf at a party - I will have to wander over there and check out the books! Could be a great conversation starter if you see that your host reads some of the books/genres you do too!