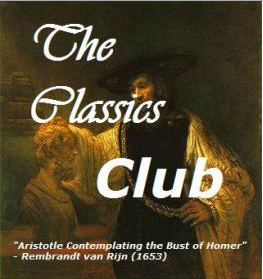 List twenty books from your Classics Club list (that you haven't read yet), and on Monday The Classics Club will post a number--that's the book you will read!

1. Death in Venice and Other Stories by Thomas Mann.
2. Stoner by John Williams.
3. Absalom, Absalom by William Faulkner.
4. Go Down Moses by William Faulkner.
5. Orley Farm by Anthony Trollope.
6. Another Country by James Baldwin.
7. The 42nd Parallel by John Dos Passos.
8. Paradise by Toni Morrison.
9. The Street by Ann Petry.
10. Stories and Occasional Prose by Flannery O'Conner.
11. The Sound of Waves by Yukio Mishima.
12. Moby Dick by Herman Melville.
13. Leaves of Grass by Walt Whitman.
14. A Death in the Family by James Agee.
15. Brown Girl, Brownstones by Paule Marshall.
16. Under the Volcano by Malcolm Lowry.
17. Blood Meridian by Cormac McCarthy.
18. Mother's Milk by Edward St. Aubyn.
19. An Autobiography Anthony Trollope.
20. He Knew He Was Right by Anthony Trollope.
Posted by bibliophiliac at 8:08 AM

Wheee! I know what you're reading! I hope you enjoy.

I know what you're reading, too, and that one scares me to death! ;-)

@JoAnn- this is the second time for me. Blood Meridian is one of the best books I have ever read. I'm one of those obsessive re-readers, so this is a treat for me.