Top Ten Tuesday: The Places We Find Ourselves

The Places We Find Ourselves
When I escape into a book, where do I go? Whether I enter a wardrobe and come out into a snowy land of talking animals, or take a bite of a madeleine and visit Combray, when I read I go somewhere. 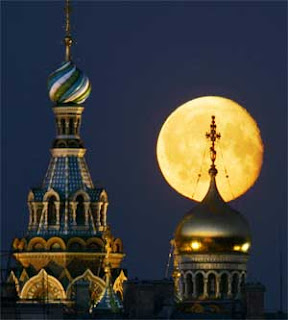 1. Russian novels and stories take me to the steppe or to Petersburg or Moscow or the village. I love Dostoevsky and Chekhov and Tolstoy and Babel, and a book set in Russia will always intrigue me.
2. Boarding schools. Some of my favorite books (Jane Eyre, David Copperfield, Oliver Twist) have explored the abuse of power and potential for corruption inherent in the closed environment of the boarding school. The school in Jane Eyre, Lowood, was based on an actual school where Charlotte Bronte's sister died due to the appalling conditions.
3. Institutes and asylums fascinate me for the same reason. Strange things happen in these closed environments. Sometimes, as in Thomas Mann's Magic Mountain, patients who are cured don't want to leave the safety of their hothouse environment.
4. The Garden is another suggestive place. The Secret Garden by Frances Hodgson Burnett beautifully exploits the richly suggestive themes of an enclosed and secret garden.
5. The Imaginary World Beyond the Wardrobe. As a child I was enthralled by the idea that you could pass a threshold and move from one world to another. As an adult I know that's what's known as "a book."
6. Into the Future. Dystopia is a place I love to visit. Ishiguro's Never Let Me Go, Atwood's The Handmaid's Tale and Oryx and Crake allow me to think about the possible and the unspeakable.
7. Somewhere in Another Galaxy. Outer space lets us think about inner space. I'm not a huge science fiction fan, but sometimes I want to go on an intergalactic voyage. A Wrinkle in Time was a childhood favorite, and I still think about that book sometimes.
8. Wyoming. Annie Proulx writes with stark simplicity about the people of Wyoming. Makes me want to grab my cowboy hat.
9. Canada. Alice Munro's stories are firmly rooted in her home country. True, the small towns and fox farms of Ontario don't get much tourist traffic, but I feel that I know the landscape through her stories.
10. The Geography of the Imagination. You have to admire the audacity of writers who spin a tale that revolves around a place they've visited only in their imaginations. Franz Kafka never visited the United States, but that didn't prevent him from inventing Amerika in his imagination.

I love the women of The Broke and the Bookish for coming up with a new Top Ten every week.
Where do you travel when you read?
Posted by bibliophiliac at 5:47 PM

Love your answers! Especially the world beyond the wardrobe and outer space!

I love novels that are set at boarding schools too. I'm not sure what it is about them, but they just seem elite and mysterious.

This is, hands down, the most thoughtful treatment of this week's list that I've seen. Brava!

@BevHankins-thanks, your answers were great too!
@Lisa-*elite and mysterious* is right (and no parents!).

@As the Crowe Flies-why thank you!

Yes to boarding schools and asylums, which I had not thought of. Great list.

I covered almost every place, I think!

I like the boarding school setting as well...because it is a concept so foreign to me yet very intriguing :)

I love all the areas you've transported yourself to in your reads... here's another one to add VENICE!

@AisleB-Venice is a great place to travel in a book-or just Italy in general...