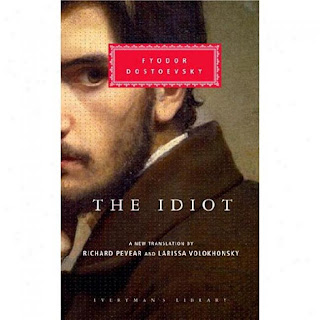 'An astonishing face!' Replied the prince. 'And I'm convinced that her fate is no ordinary one. It's a gay face, but she has suffered terribly, eh? It speaks in her eyes, these two little bones, the two points under her eyes where the cheeks begin. It's a proud face, terribly proud, and I don't know whether she's kind or not. Ah, if only she were kind! Everything would be saved!' (36)

In Part One of The Idiot, Prince Myshkin falls in love with a photograph Nastasya Filippovna, a courtesan who was seduced as a young girl by her guardian, the remorselessly cruel and callous Afanasy Ivanovich Totsky. Nastasya Filippovna becomes the object of a kind of mercenary competition between several of the male characters in Part One. She is made various offers, from cash to "an astonishing string of pearls, which had cost an enormous price"--all part of a crass and crude attempt to reduce this damaged and beautiful woman to chattel.

Part One also establishes a theme of death by execution and murder, with Prince Myshkin relating several stories involving executions or near executions (often by guillotine). In fact, Dostoevsky was once the victim of a cruel prank, in which he was led to believe he was about to be executed for illegal political activities. He was actually blindfolded and facing a firing squad when the blindfold was removed and he was told he had been pardoned. This experience left an indelible impression on Dostoevsky, and Prince Myshkin's tales of condemned men are certainly based on his personal experience: "Maybe there's a man who has had the sentence read to him, has been allowed to suffer, and then has been told, 'Go, you're forgiven. That man might be able to tell us something.' 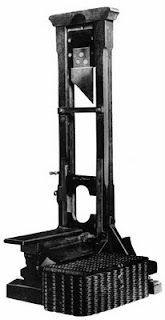 Throughout Part One and Part Two there are references to execution by guillotine, and to murder by knife. 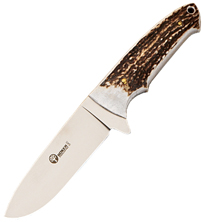 Prince Myshkin goes to see Rogozhin, who had left with Nastasya Filippovna at the end of Part One. Nastasya has agreed to marry Rogozhin, but keeps putting the marriage off. While at the apartment where Rogozhin is now living, Prince Myshkin focuses on three significant objects: a knife with a stag horn handle, a painting of Rogozhin's father, and a copy of Christ's Body in the Tomb by Hans Holbein (a painting Dostoevsky says can cause a man to lose his faith).

Prince Myshkin becomes further entwined with Lebedev, with the General Epanchin's family, and with Nikolai Ardalionovich Ivolgin (Kolya), Gavrila Adralionovich's brother. He continues to act the part of the holy fool, and suffers an epileptic fit, which is treated as both an illness and a spiritual experience (Dostoevsky himself suffered from epilepsy). Nastasya Filippovna makes a very tangential reappearance at the end of Part Two, an entrance shrouded in intrigue.

Reading The Idiot is an intense intellectual and emotional experience. This novel has me in its grip, and I would like to simply abandon myself to it entirely.  Dostoevsky obviously expereinced life in the most intense and heightened way, and his novels are suffused with exquisite emotion. He was profoundly affected by art, and in addition to the Holbein above, this Holbein painting is referenced in the novel: 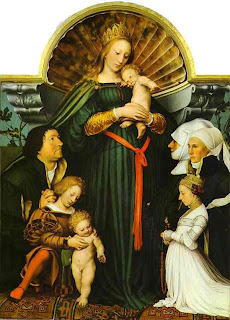 The patron who commisioned the painting, the Burgomeister JacobMyer, is depicted to the side with his two deceased children. On the right hand side of the painting are Myer's wife with their daughte, with his deceased wife behind her. A strange comingling of the living and the dead.

My next post for The Idiot read-along (for Part Three) with be on or about June 15th.
Posted by bibliophiliac at 7:48 PM

I like your connections between Dostoevsky and his writings. I've read that this is suppose to be his most personal work. He must have been quite an interesting guy to experience and write about life so intriguingly, especially for readers over a century later!

@KC-Like you I am vry drawn in by this book -- and the characters have much to do with that. Prince Myshkin seems to be at least partially autiobiographical.