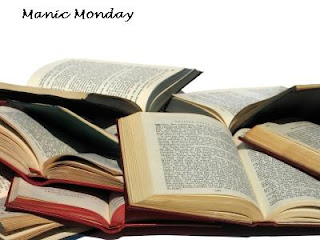 Unlike some people we know.

Thanks to The Boston Bibliophile it has come to my attention that certain columnists (and other bookish folk) are heaping scorn and contempt on the heads of those who, you know, have the audacity to want to write a book.

Now to be fair, some of us (myself included) have deliberately set out to write a perfectly dreadful book of 50,000 words.


I can see why people who are involved in bookish business might heap contumely scorn on peasants, plebeians, and other riff raff who have the unmitigated gall to want to write a book without their permission.

Why, we might actually ask one of them to read the thing.

You can see where this kind of thing might lead.  Man the gates!  The barbarians are trying to enter the hallowed halls of literariness through an unsanctioned door.

I would take umbrage at this kind of thing, if I had the time.  But, you see, I need to go work on my novel.  And I'm going to make it really, really bad.  And now I know just who to send it to.
Posted by bibliophiliac at 8:24 AM

I was just as blown away by Laura Miller's article -- and so incredibly disappointed! Doesn't seem too tough to get on that VERY high horse for her!

@Coffee and a Book Chick--at least at the end of the article she praises people who actually read novels. But since when is "write novels? Grrrr=read novels?Yay!" a sensible equation? Another level of irony? We're supposed to read this (somewhat narcissistic) diatribe and say "thanks for writing this so we could read it"?

I don't think anyone should be discouraged from writing and if NaNoWriMo gets you to write, that's great! I think everyone should be encouraged. On the other hand, I understand Miller's fatigue at reading novels that were submitted only because the person wrote them for NaNoWriMo. I think this event is great and I hope it gets people writing that might need that extra motivation to start.

But, like Miller suggests, I hope people look at what they created and then take the time to edit and revise. I know people are happy they made it through the marathon writing session but that doesn't mean that anyone should avoid the next steps. I think getting that first draft out of the way is a major hurdle and anyone that does this should be proud! But that doesn't mean it's ready for publication just yet.

@Red--I absolutely agree with you that whatever is produced at NaNo must necessarily be revised. For anyone who wants to continue with a writing project, or with any form of writing, revision is essential. But the attack on NaNo does seem gratuitously fierce. And, I might add, there are numerous events for young writers (that is, children) which are an important part of NaNo, which this writer completely ignores. What I mind is the ad hominem attack on those who are pursuing something essentially good--discipline and craft. If you are a fan of Jane Austen's Emma, this is like Emma's verbal attack on the little old lady at the picnic--bad form, at the least.

The ONLY thing I agreed with her on is that people don't read enough. I am not a writer and never will be, but I don't see anything wrong with writing just for yourself, anyway.

@Sam--the writer seemed to make a reasonable argument when she argued that the NaNoWriMo would be better off buying and reading books instead of trying to write their own. But it is a fallacious argument; she never proves the connection between wanna-be writers and the decline in book sales. In the end the article just seemed to me to be mean-spirited and priggish.

There's always going to be someone with something nasty to say! Brush it off. And keep writing!!!!! Your audience awaits :)

@Katie--you are so right! But it did feel good to vent a little!

LOL :-) Thanks for linking to my post. I love yours. How dare we indeed.

@Marie--why thank you! I thought your post was very eloquent as well!