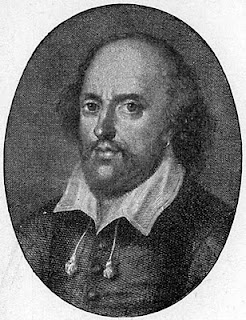 This week has been an eclectic reading week. I am still plowing through Phineas Redux; but when I say "plowing through," that sounds like an agrarian chore. Truth is, I am reveling in Phineas Redux whenever I can steal an hour. I finished part one this weekend, and things are looking grim for Phineas Finn. Only the women are on his side. The Parliament is about to be dissolved, after a protracted battle over church and state (a battle that eerily resembled the partisan dogfight over health care this summer). Phineas has suffered terrible damage to his reputation at the hands of the editor of The People's Banner. Laura Kennedy has returned to London, her husband is still mad, and Phineas is still being slandered. He also has a few political and personal enemies who have reason to want to harm him. This world, so unlike my own, is a whole entire universe.

While stealing time for Trollope's universe at night, I was teaching Shakespeare by day, and getting carried away by the sonnets. There is nothing more energizing to me as a teacher than Shakespeare, and there is yet another universe in each one of the 14-line poems. For instance, in sonnet 30 Shakespeare uses sound effects to evoke a wailing speaker (And with old woes new wail my dear time's waste), a detail that caught my students' attention and made them laugh. Well, maybe they were just laughing at my rendition of the speaker's wailing voice.

Then I was digging around in a superb anthology, The Making of a Sonnet, edited by Edward Hirsch and Eavan Boland. The anthology opens with personal essays by each of the editors. At the back of the anthology is "Ten Questions for a Sonnet Workshop," which offers an in-depth analysis of the technical details of the sonnet in its various forms. I like the idea, suggested by the editors, that the sonnet is an archetypal form that "may have a basis in nature, in natural forms, or in mathematics. It may have something to do with classical harmonies and proportions." (366) There is a feeling of recognition that I sense when reading or reciting a Shakespearean sonnet, as if my body knows this form at a cellular level, and there is a singing in the blood and breath that accompanies the voice when reciting Shakespeare's sonnets.

With my juniors I am reading the Stephen King story The Man in the Black Suit. We'll be having a Socratic seminar on the story this week, and will connect it to The Scarlet Letter and "Young Goodman Brown." (The forest as a place of danger, the idea of the wilderness or forest as a place of spiritual confusion). I could throw in Canto 1 of Dante's Inferno too, and really make it interesting... The students read the Stephen King story last week and there was total silence in the room as they read. Believe me, that isn't easy to achieve in a high school classroom.

This weekend I read all over the place: sonnets, Trollope. Then I stopped in Barnes & Noble to pick up Lark and Termite (Jayne Anne Phillips) and the March issue of Shambala Sun. The whole issue of the magazine is devoted to mindfulness, which reminded me of my perennial resolution to practice mindfulness meditation. I do meditate, as mindfully as I know how, but not as regularly as I would like. It is part of my workout routine now: I run, lift weights, then go into an unoccupied room to stretch, do a few yoga poses, then meditate. I walk out of that gym so filled with well-being that my Nikes barely touch the ground. Then I go home and eat sesame crisps by the handful, very un-mindfully.
Posted by bibliophiliac at 5:44 PM

Love it....Eavan Boland was a mentor for Gaby when she was a Stanford (or did I spell it wrong; I frequently confuse the town and the institution)...And I like woods as a site of spiritual confusion. Aren't they also often a site of clarity, as the wanderer finds his/her way out (i.e., resolves confusion), literally or metaphorically? Reminds me of the shamanic vision in Galway Kinnell's "The Bear." Keep on bloggin'......

Yes, the woods are a site of spiritual darkness and confusion (Dante, The Inferno") and clarity (Walden, the Transcendentalists). My favorite poem by Eavan Boland is "Quarantine" from "Against Love Poems" - not really sure about the book title, but that is close.